Our Mission and History

We are Bountifield International: Dedicated to creating sustainable solutions to end hunger and poverty.

We partner with farmers and entrepreneurs so they can better nourish and sustain their communities, reduce the drudgery and improve the lives of rural women, and provide sustainable postharvest business solutions across Africa.

We envision a future where farmers and entrepreneurs are the driving force behind the economic growth and social development of their communities, building a future where Africa can feed herself.

We believe in a market-led approach in which we invest in cultivating business opportunities and economic growth of the communities with whom we work.

We are committed to introducing more efficient, more effective and more fruitful postharvest methods and technologies that increase the value and quality of the food products that entrepreneurs cultivate.

We value the power of investing in women and the contributions they make to the development and advancement to both their families and their country. 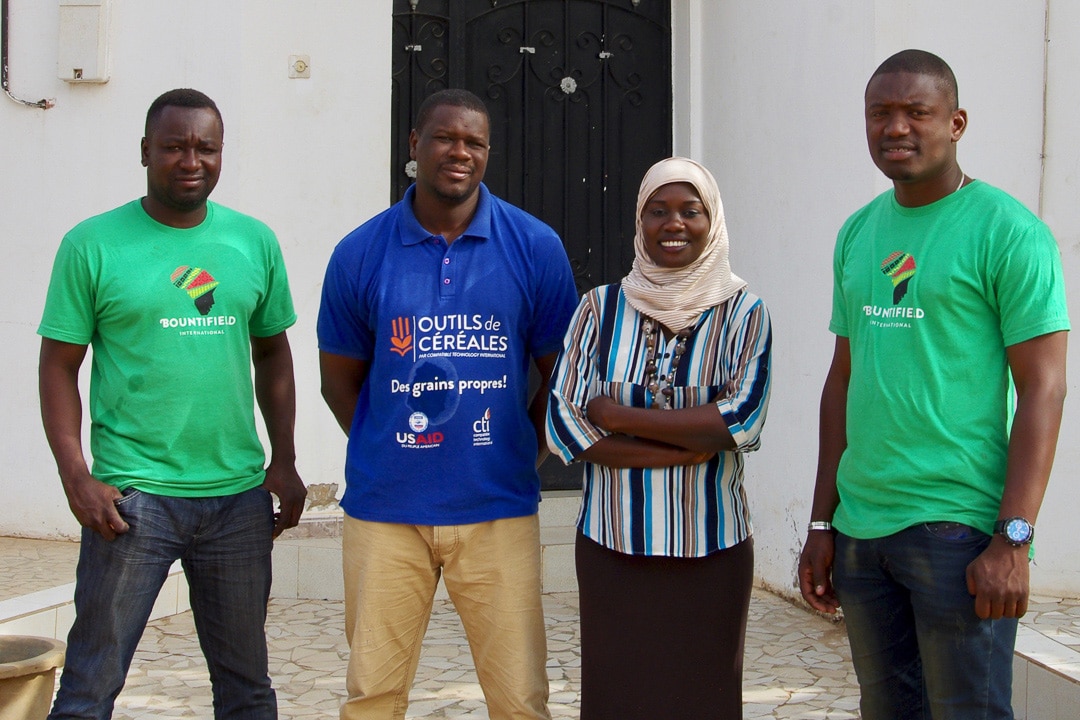 Over the last three decades, we have made tremendous strides in combating hunger and poverty in emerging economies and impacted hundreds of thousands of people.

Since our founding, we have learned from those we partner with that the greatest challenges for rural farmers and entrepreneurs are severe bottlenecks in postharvest processing that go beyond the needs for small-scale “compatible” technological innovations. Transformational change requires focusing on the wider set of issues impacting multiple levels of the postharvest process — from building supply chains for tools to improving market connections to get food products from the farm to the table.

We recognized that in order to continue to make a positive, sustainable impact, we needed to broaden our programming to include other types of postharvest support services and training, both technical- and business-focused. As we expanded our work, the need became apparent for a new name that would represent this holistic approach to eliminating poverty and hunger around the world.

Bountifield isn’t a word in the dictionary.

It is a visionary word in line with our values and our goal: abundance as opposed to deficit.

During the 2010s, we began to focus on introducing postharvest technologies in sub-Saharan Africa, where 30% of food produced is lost before it is consumed. With 1 in every 5 people living with hunger, sub-Saharan Africa is a region in which we feel we can have the greatest impact for reducing hunger and poverty with our sustainable postharvest solutions. We opened offices in Senegal and Malawi, and we work directly with local farmers, manufacturers, and other organizations to equip rural communities with tools, training and technical support.

As a result, farmers in some of the poorest regions of the world are producing a greater abundance of nutritious food, transforming their farms into more prosperous enterprises, and realizing brighter futures.

From their partnership with Indian potato farmers, our founders learned how critical it is to involve local communities in the design process from start to finish. They also discovered the powerful impact postharvest interventions can have on reducing hunger and poverty. To this day, the rural poor largely depend on manual labor and rudimentary hand tools to produce food. We have found that simple innovations to make this work more efficient can reduce food losses, boost yields, and increase the value of a farmer's harvest.

Since our founding, we have equipped communities in more than 50 countries with affordable technologies for drying and storing crops, threshing and winnowing grain, and milling flour and nut paste. 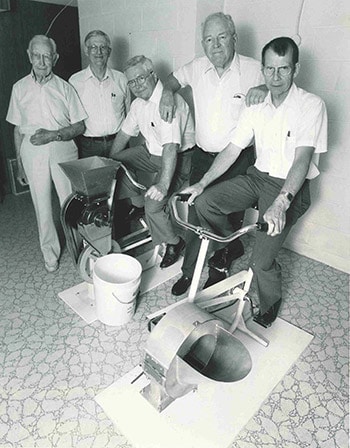 Compatible Technology International (CTI) was formed in 1981 by a group of engineers and researchers who worked for Minnesota-based food companies like General Mills and Pillsbury.

Our founders (including George Ewing, Bob Nave, and Emery Swanson) wanted to utilize their skills and knowledge to help farmers in developing countries overcome hunger, rise from poverty, and build hope.

The team formed CTI, led by professional staff and powered by skilled volunteers, all dedicated to designing and distributing simple tools that help farmers in developing countries improve their food production, income and livelihoods.

Our first major program was in the Indian state of Uttar Pradesh, where potato farmers were forced to sell their crops immediately after harvest. The market was flooded with potatoes or they would risk losing everything to spoilage. As a result, they barely made enough income to survive on.

To help farmers make a decent living from their potatoes, CTI gathered a group of volunteers with expertise in engineering and food processing to come up with an innovative solution to improve the circumstances for these farmers. 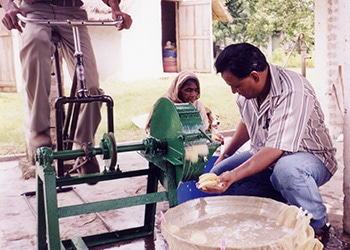 By 2025, we will partner with millions of African farmers and rural entrepreneurs,

filling gaps in postharvest markets so that Africa can feed herself.